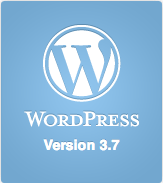 If you’ve not done so already, please upgrade your WordPress installation asap. If you don’t upgrade, you leave your blog at risk of being compromised.

Download WordPress 3.6.1 or update now from the Dashboard ? Updates menu in your site’s admin area.