Over the years, Google has killed many services it offered including my favourite Google Reader. And, now it is time for Google Code to bite the dust.

As a developer, I started actively using Github to manage my WordPress plugins. I like the interface GitHub provides and definitely the ability of git to control all the changes. It’s something that Google Code always had missing. However, if you’ve still not moved from Google Code, it’s time to move over your project to Github or Bitbucket. Thankfully, as always, Google has made it easier (and in fact automated) to move your project from Google Code to Github. 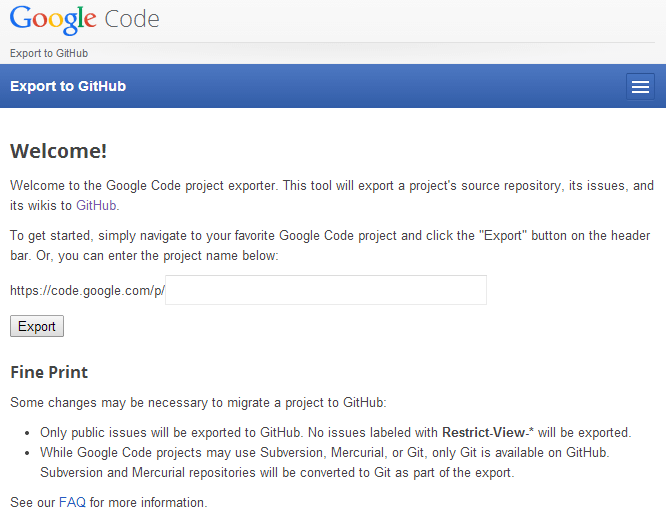 One project that I really wanted to save was timthumb which is no longer maintained by Ben. This one has formed a part of Contextual Related Posts and Top 10 for several years and although I will be phase timthumb out completely in the next versions, I felt it would be good to keep it for this for legacy reasons.

All you need to do is enter the project name in the box as per the screenshot above. In this case it is timthumb and hit export. You’ll be asked to login to GitHub, if you’re not already logged in and then give Google Code access to create a repository. Once done, Google will remove the authorised access and you can always view your Authorised applications to double-check. 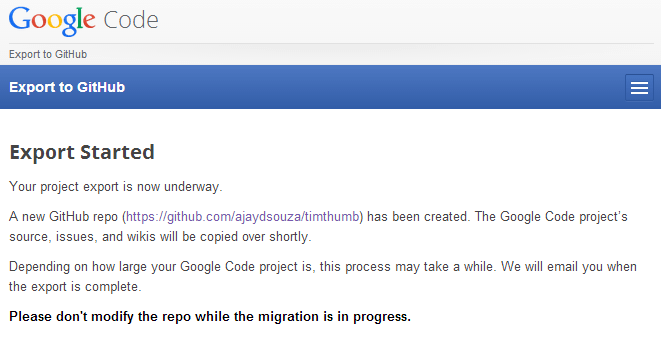 …and clicking on the link should give you the below…

Depending on the size of your repository on Google Code, it might take a while before everything has been exported to GitHub. Once done, you should be able to see this on Github. e.g. check out my timthumb repository on Github.

As you can see above, it’s extremely fast and easy to migrate from Google Code to Github. Git and Github’s features makes it very easy to collaborate. It’s little wonder that Google has already started using Github to such a major extent.

In this case, it might actually be a good thing that Google has finally killed Google Code!