Traditionally, Apple has been a little wayward or lagging behind in the video dimension of multimedia. The video recording capability was added to the iPhone just recently (iPhone 3GS, iPod nano fifth generation) and the iPad still does not have a camera to record a video or shoot snaps. However, with iPhone 4, Apple took a leap ahead in this direction when at WWDC 2010; Steve Jobs announced that iMovies app for iPhone would be available to users for all their video related needs. And now, the iMovies app is available at the App Store for $4.99.

The iMovies app lets users of iPhone utilize the full power of its HD camera. It enables users to record 720p HD movies from their iPhone 4, and also do some great video editing right on their smartphone before exporting it to their PCs. iMovies allows users to edit the videos they’ve recorded at different times, without needing to complete editing the first one before starting the second video. Support for Youtube video uploading direct from the iPhone is also added and forwarding to friends and family members via MMS is also available as an option. The iMovies app comes with multi-language support and requires iOS 4.0 or later to be running on the iPhone. 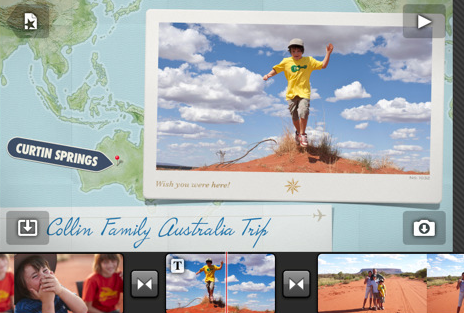 The complete features and highlights of iMovies, as advertised by Apple are:

The iMovies app can be downloaded via iTunes at this link.