Apple has just launched iTunes movie store in Germany. These movies will be accessible by users from 5 major film studios and a handful of independent movie production houses. Users in Germany can now rent or purchase movies using iTunes store. 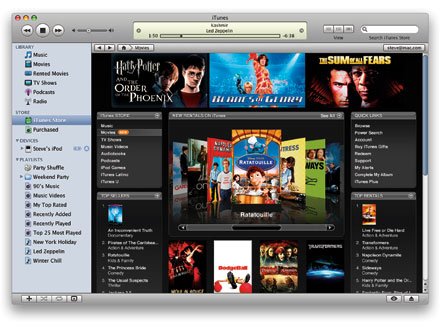 Apple expalins that once a movie is rented it will start downloading to iTunes or Apple TV using iTunes Store. Users using fast internet connection should be able to start viewing the movie in seconds. Once a movie has been started customers have 48 hours to finish it or watch it multiple times.