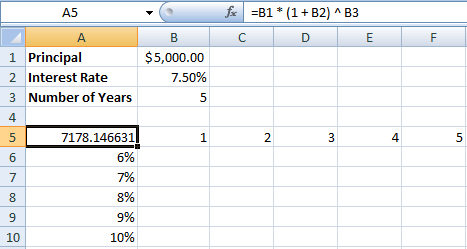 A two variable data table gives you results by varying two different variables in the equation. In our case, the equation is that of compound interest i.e.

We will be varying the annual interest rate and the number of years to find the varying results.

After you have created the file according to the screenshot above, select the data range A5:F10.

The cells will be populated as shown in the screenshot below. As usual, you can choose to format the same currency. 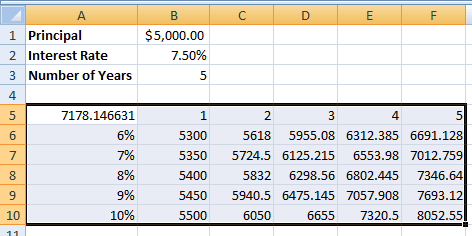 You can download the sample XLS file for your reference.