A few hours back WhatsApp started throwing up an Error: status unavailable for all contacts. This was sufficient to trigger mass panic of users addicted to the popular messaging service and this has brought back several variations of the year old hoax chain message. As you can see below is the error message for my profile. Connect with all your mobile friends across devices using ChatON 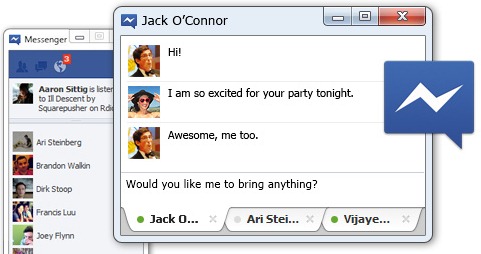 Messenger is a new app that brings Facebook to your desktop. While you surf the web or use other applications on your computer, you can: Chat and message with your friends on Facebook See the latest updates from your friends in ticker Get quick notifications about what’s going on Messenger lets you use Facebook without being on www.facebook.

Do you use Facebook chat often? I know I do and it can get really cumbersome to keep my browser window open all the time while chatting.  Introducting Chit Chat for Facebook.

Firefox most vulnerable application of 2008

In a report released by Bit9, Firefox has topped the list of vulnerable applications with 10 vulnerabilities which could allow remote attackers to execute arbitrary code via buffer overflow,malformed URI links, documents, JavaScript and third party tools. Bit9 is an application whitelisting vendor that centrally controls which applications and devices are allowed to operate, thereby preventing malicious software and data leakage. The report lists 12 of the most vulnerable Windows applications which required end user intervention in patching the vulnerability. 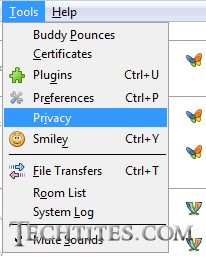 How to prevent MSN Spam in Pidgin (Tutorial Thursday)

I use Pidgin as my primary chat client. Pidgin allows me to login to MSN, Yahoo!, Google as well Google Hosted accounts all at once, thus ensuring I don’t have too many clients running at the same time to fulfil my chatting needs.

In a spectacular new development, you can now sign in to your AOL Instant Messenger (AIM) account to chat with your AIM buddies from Gmail. Your AIM buddies will populate your Contacts list, and are searchable just like your Google Talk contacts.