Samsung’s Galaxy R is the Galaxy S2’s little sibling. Like any younger brother, its arrival will be celebrated, but in a more muted manner than that afforded the S2. As with any eagerly-anticipated newborn, information on Galaxy R contracts is subject to change: there’s only so much you can glean from a blurry in utero scan.  We know it’s going to be a looker, but how’s this pocket-sized bundle of joy going to behave when it’s unleashed kicking and screaming into the world? For now, here’s a rundown on what’s changed and what’s the same with the Galaxy R, and why its verisimilitude to the pricier S2 is a good thing. 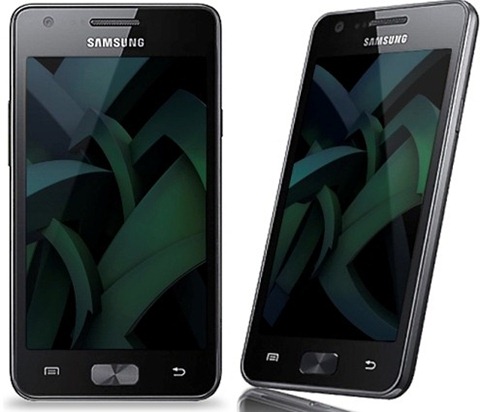 A little heavier at 132g, the Galaxy R has a tiny 1mm addition to its chassis, but a 4.2 inch ‘super-clear’ LCD screen that’s smaller than the S2’s. Ok, so it’s only a 2.5mm difference, but for some people, size definitely matters. The Galaxy R does have a metal back, which gives it a more professional finish, added, perhaps to cover up its shortcomings elsewhere. You see, the Galaxy R was intended to be the next must-have smartphone, packed with features, but composed of less expensive materials to bring the price down a notch. The question is, do these savings affect the usability?

Well, the 5MP camera isn’t quite as good as its predecessor’s, but it does have 720p HD video capture. A 1.3MP camera on the front is used for video calling, and might atone for some of the misgivings over the primary camera. The 1GHz Tegra 2 chip also means Tegra 2 games are ready to play: you’ll have the Tegra Zone app section on the Android market at your fingertips. This is also aided by a GeForce GPU, meaning games will be faster and web browsing quicker. Indeed, there’s certainly no lag to be found when you put the phone through its paces. Swipe quickly through screens, load and cancel apps and click back to the home screen in a flash: it’s a speedy little number. You’ll find all the usual Android features like WiFi, GPS and 3G, making it easily as powerful as the major high-end handsets. The phone will apparently give ten hours of talk time, and 23 days’ standby time, so it certainly looks like a goer. 8GB of built-in memory comes in at a little less than that which the S2 is packing, but then this was always expected to be the case.

The main problem with the Galaxy R is that we don’t know where it is.  That’s right, the phone has been posted MIA.  The Galaxy R has been eagerly awaited for months, but there’s not even a sniff of it in the UK. The talk is that Samsung may have infringed one of Apple’s copyrights somewhere along the line, thereby delaying the launch of the Galaxy R mobile phone deals in the process. To further compound the disappointment, the price of the handset – when it finally materialises – may further dampen the hype. What was hoped to be a cut-price Galaxy S2 may not prove to be quite so cheap after all, based on the pricing in other parts of the world.  The Galaxy R may yet prove to be a winner, but to stand a chance of making the podium, first it’s gonna have to show up at the races.