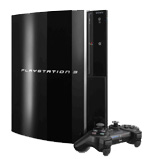 No Top-7 stories of the day from me today. Mostly because there’s a 100 different articles talking about how and why AT&T had blocked 4Chan for a bit and how 4Chan plans to get back at them, because this is definitely the most world defining news of the day.

So have you recently decided that you wanted to get yourself a new gaming console or wanted to upgrade an existing console and are wondering what to buy?

Just the other day I was sitting down and thinking to myself, “it’s about time I bought myself a Ps3 or an Xbox..” and so I logged onto the net and did some poking about. And I’m sad to report, a week later, that I’m still confused as ever with regards to what console I should buy.

Here are my thoughts on each of the consoles and their Pro’s and Cons, as such..

I think the PS3 makes for a great console and I’m not saying that just cause I’m a big PlayStation fan-boy. They’ve had some of the best games and at least in the past Sony was famous for selling the best electronic equipment. (I fear, not so much recently..) It doubles up as a great Blue Ray player as well and with the added bonus of being able to store all the media you want it’s a great idea. Now they’re working on a new Motion Sensing Controller to be released by next year. To top things off you’ve got games like Killzone 2, Street Fighter IV, Resident Evil 5, etc.. And as far as HD goes, PS3 is the way to go, nothing beats it. Some PS3 only titles.. 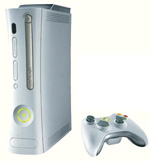 But then you move onto the subject of the Xbox 360. It’s not like the Xbox is lacking in titles either:UFC 2009, Halo Wars, Call of Duty: World At War (and this is just the first half of 2009..). Then there’s the ability to hack your Xbox 360 so you can copy the games and play them off a copy. And from what I’ve heard, if you have a decent internet connection, Xbox live is ‘da bomb!’. Also, the Xbox is a tad bit cheaper than the PlayStation as well, so you’re not selling a kidney on the black market to have some MGS4 fun! (Some Xbox only titles..) 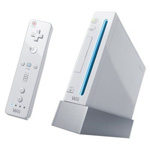 And finally we come to the Wii. There’s a saying, something along the lines of; ‘There’s lies, damned lies and then there’s statistics’. But if we’re to believe statistics, the Wii has been quite the sensation all over the world ever since it’s release. With some cleaver marketing and some absolutely ingenious games, the Wii is one heck of a console. It’s completely different from any thing in the market, not to mention that I don’t think I’ve ever had more fun playing multi-player sports games. Once you get past the graphics, the games themselves are a blast. And who doesn’t want to buy a console that can actually cause some sort of physical injury. (Yes there are more cases of people hitting themselves in the nether regions with the Wii controllers while trying to play golf than you would believe.) Also if you buy into the whole “The Nintendo Wii will make you fit and healthy” sales pitch, you’re a winner on all counts! (It also means you’re a gullible moron and should get out more often. But hey, I’m not judging.)

So there you have it, I’m still clueless as to what console to buy… 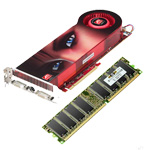 Actually, I do have a suggestion. Since you’re reading this article, we’ll assume that you have a computer. Putting together a decent rig isn’t a big deal anymore. You can pretty much get yourself an ‘up to date’ PC that will not cost you very much and that will entertain you as much as, if not more than all the 3 consoles we’ve talked about. I’m running a E600 2.4GHZ C2D on a P5B Deluxe motherboard with 2GB dual channel (duh!) ram and a 256MB – Nvidia 7600GT (not too shabby, especially compared to the Riva TnT2 I had before this…) I figure, with just 2 upgrades (3 if I count Windows 7, whenever that happens) I should be able to run some of the best games out there and still have a ball.

There you have it. Don’t buy a console, just upgrade your existing system and pick up some of the epic PC only game titles and enjoy!

So how many of you have any of these consoles and what are your opinions about buying one at the moment? Also which is your current favorite game and on which console?