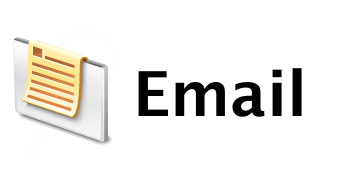 Though high school kids may struggle to remember a time before rapid-fire online communication, those of us who’ve made it beyond puberty can recall the not-so-distant past before social networks and smartphones. We remember sending an email to a friend and knowing it might be hours before that friend saw it in his or her inbox. We remember using instant messengers as our primary real-time communicators, simple tools for virtual chatting that seemed high-tech at the time.

In terms of today’s rapidly evolving world of digital communication, email and instant messengers are like the 70s. Remnants of the time remain, but we only pull out our bellbottoms and feather our hair on special occasions. The online community has adapted to the changing resources of our digital world, embracing the technology of the moment, so much so that instant messengers have largely been made obsolete and email is an afterthought.

Though social networking sites, like Facebook and Twitter, have managed to replace instant messaging systems, though, they haven’t yet obliterated email. Even those people who consider email a slow, outdated form of communication generally must acknowledge it as a “necessary evil.” Email systems commonly provide more storage, offer more security, and have the ability to transfer larger files than the private message features of social networking sites, which keeps them viable in the changing market. Besides, social networking sites owe their success to those things that make them different. They’re not focused on returning to more of the same.

That doesn’t mean that allies and competitors with the desire to improve upon traditional email services aren’t out there. New Gmail service, Fluent, for instance, brings the design of a social network into the Google’s email system, which makes emails appear more like updates on a social network. So, integration is well on its way.

It’s only a matter of time, though, before some tech-savvy entrepreneur makes an attempt at upgrading the email platform completely. More than one billion people across the world use social networking, according to TechCrunch. That’s 70 percent of people who spend time online. So, an email system that looks and feels more like a social network has the potential to put traditional email out of business. Email does still have its advantages, though, so eliminating it will require some key components.

Email does have one thing going for it. It offers users to ability to create folders and categorize messages, which can be a lifesaver for those who have many different types of messages feeding into one email account. The problem with the private message components of most social networks is that they are simple and provide few options when it comes to keeping things organized.

For a social networking-style email system to compete with traditional email, it will need to offer organization options that rival existing email systems. It doesn’t just have to compete in terms of storage.

Facebook isn’t exactly known for its security. The glitches that have plagued Facebook, sending users’ information into the public sphere, have been well reported. Even people who use Facebook are often leery about the company’s privacy practices. Though other social networks haven’t faced the same kind of scrutiny that Facebook has when it comes to privacy concerns, since Facebook is the largest social network in the world, other social networks suffer by their reputation.

This consumer tendency not to trust the privacy on social networks may make it difficult for a company who wants to create a social network-like email service. Since the communication we send through email is sometimes more confidential and personal than what we share on social networks, privacy will be a big concern. Unless a company can prove their privacy features work (and work well), it will be unable to sway consumers.

One reason that so many of us still rely on email systems is that they give us a way to transfer and store data files of relatively large sizes. This is an important feature for companies who need to be able to transfer files from place to place. For a social network-style email system to compete with traditional email, it will need the ability to send large files of all types, including documents, videos and images.
This is where a networking system may actually have an advantage. Those of us who have large files through email know that the process can take forever. If a social networking email system were to utilize an online system that sends large files quickly, like YouSendIt (which is coincidentally built into Yahoo Mail), it might actually be able to beat traditional email at its own game.

If there is one bastion of the technology world that will remain dedicated to email, even if the consumer world makes a switch to something more fluid, it will undoubtedly be the business sector. Traditional email is almost essential to business, and other methods of communication that a company may use, such as an internal messaging system, could prove too tempting for employees who would rather spent their time at work chatting with colleagues than working. At any rate, employees will think it’s tempting, which is why companies have failed to fully integrate the capabilities of social networking into their technology systems.

Whatever comes its way, we can be sure that email will not go down without a fight. It’s more likely that email companies will work with new services and systems to bring their own systems into the current age of social networks.