Just when we were settling into the so called more secure versions of the two most popular browsers, Robert Chapin has stated that both Internet Explorer 7 and Firefox 2 are vulnerable to what he dubbed as a reverse cross-site request, or RCSR. An exploit for this flaw has already been seen on social-networking site MySpace.com when Netcraft discovered a fraudulent login page was hosted on MySpace servers.

Phishing Scams have been a major problem for large corporations. As of today there aren’t any sure fire solutions. IE, Firefox and Opera as well today implement a check to see if the site is fraudulent or not. 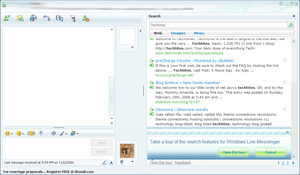 New on the Windows Live Messenger activities list is integration with Window Live Search. All you have to do is open a messenger window and select Search from the Activities list. A side window is opened where you can perform your search.

If you don’t like the bloated iTunes, then you have to try out YamiPod. With the latest release (1.0. 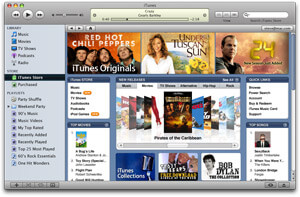 Apple has just released iTunes iTunes is the easiest way to organize, share and listen to music on your computer. Find new favorites. Manage your growing library.

Current Invite Count : 0 I am giving away invites to Windows Live Messenger. If you are interested in receiving an invite then please post a comment below giving me a good reason I should give this to you. What it is?

Have seen a lot of Flock the past few days and decided to investigate. For those who don’t know yet, Flock is a new browser based on Firefox. Wasn’t really into downloading it until I saw Matt’s post which got me interested.